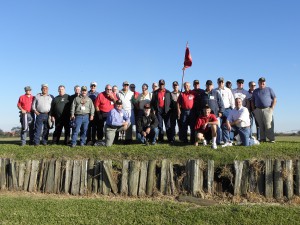 Our Fifth Reunion was held in New Orleans, Louisiana in 2012

In 2012 the reunion moved to the central US, New Orleans. Captain Ron Drez and his wife Judy were the hosts and he used his charm, connections and influence to get us special admission to the World War II Museum and arranged a battle field tour of the 1815 Battle of New Orleans, a battle in which both his ancestors and his wife’s ancestors fought on opposite sides.