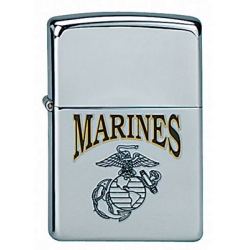 Zippo lighters captured a wide range of feelings and opinions about the war in Vietnam, from the obscenity-laden anti-army mottoes of the unwilling draftees, to the simple love notes of the homesick, to the eight Special Forces emblazoned lighters, conspicuously absent of any further embellishment.

These lighters were used for lighting cigarettes, heating food, illuminating letters from home, or setting fire to huts of suspected VC, Zippos were used so frequently in Search & Destroy missions that GIs nicknamed them “Zippo Missions” or “Zippo Raids.” After purchasing one from the post exchange store for $1.80, a soldier could personalize his lighter at sidewalk tents with one of a wide selection of stock designs or a personalized message.  Today, these collectable Vietnam Era Lighters cost about $100.00 each.  I bet you wish you had hung on to yours.  New ones today shown below cost $18 – $25 each 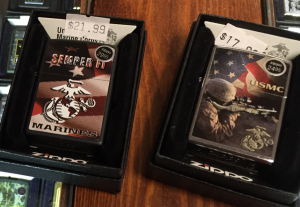 Although I do not have my Zippo anymore, I had it engraved with a map of Vietnam and the city of “An Hoa” marked on it.  I used mine for the typical uses listed above but also for lighting the C4 for boiling the water when making coffee or hot tea for the Sergeant Major and the Battalion Commander.    I also used it for lighting the skipper’s tobacco pipe.  I practiced a lot to be able to snap and twist of my finger one handed and the lighter top would open and light.

I also had the privilege of using my Zippo to light the candles on the Marine Corps birthday cake for 2/5 that was served to the troops on Hill 65 on November 11, 1969. 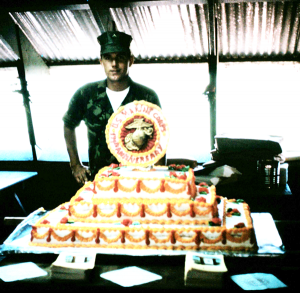 Posted by
Larry Tyler
I am a Marine combat veteran who served in Vietnam from January 1969 - January 1970. I live in Santa Clarita, California.
Larry Tyler has posted 8 articles
Previous articleWhat is a Combat Veteran?
Next article Water We Drank by Doc Noah